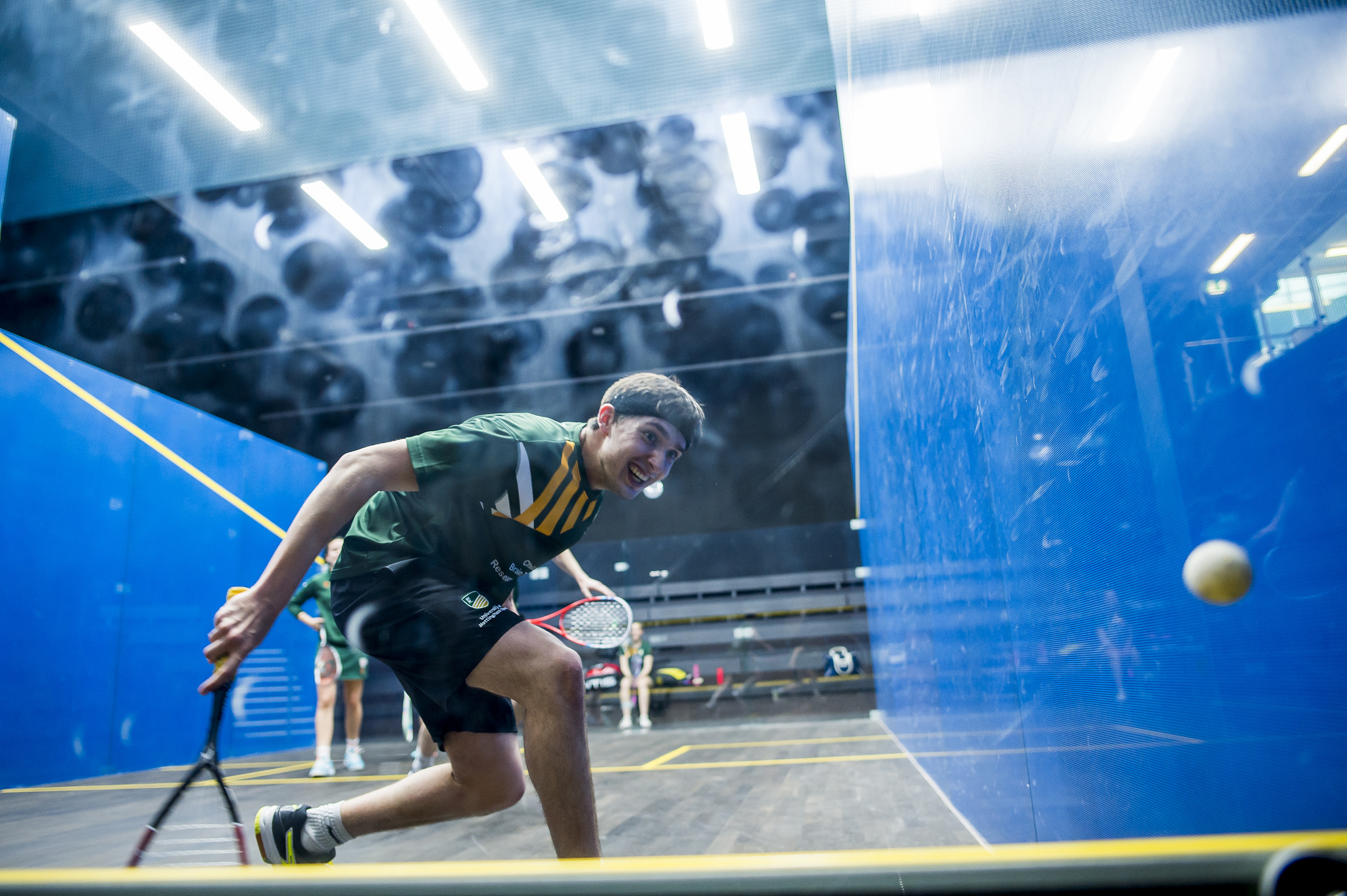 Squash is one of the fastest of the racket games, and also among the most satisfying to play. Fast and sometimes frantic, the ball can take on some unusual angles, and it requires great agility on the part of the player.

One aspect of squash that is important – as in all sports – is considering your tactics. Tactics cover all areas of the game from service to rallies, wear you place the ball and keeping your opponent on the move, and much more besides.

Below, we will explain some of the most important tactics in squash, and what you can do to improve your game tactically, so first, here’s a list of the main tactical areas we will talk about:

We’ll stop at those for the moment, but suffice to say there is plenty to talk about when it comes to tactics in squash. We should also say that squash and its tactical side can help people develop in other areas.

For example, there’s a lot of split second decision making to be done, it helps with analytical skills, and with practice will also improve your on-court and racket skills. Let’s move on and have a look at the above in more detail.

DON’T MISS: Our Recommended Rackets for 2021!

In many ways, the serve will define a game of squash. It’s the opening shot that determines where you place your opponent in defence, and can be used to great effect. The first rule of tactics where a serve is concerned is to vary it often.

You may come across a serve that usually catches a particular opponent out; they will eventually learn to counter it, and will quickly come to anticipate you making the same move again.

Variation means they will not be able to anticipate your serve, and you will take the upper hand.

Your variation should involve changing direction as well as speed. The general idea is to keep your opponent on their toes at all times, and make them move more than they ideally want to get to the ball (find our choice of squash ball here). Practice different serves and you will find techniques that work for you.

PSA SquashTV have a great video below on improving and varying your serve.

The idea of a rally is to get to a point where you have a shot that will catch your opponent out. Of course, this applies also to your opponent, who will be aiming to catch you out too. Rallies on a squash court take place very quickly – as you will know already – and the ability to think slightly ahead of the current shot is one that needs to be practiced.

What you want to be able to do is second guess where your shot will lead your opponent to do; you will not be right every time, but with experience you will learn that certain returns result in a particular return from the opponent. This gives you the advantage of knowing what might be coming.

One tactic that is widely used in squash is to volley a serve. This will put your opponent very much on the defensive. It is also a good tactic to use the volley shot wherever possible, as the same applies in rallies as when returning a serve. These are tactics that you will learn and come to understand more easily once you gain experience, so play more and you will soon get the hang of it.

Play to the Corners

Squash is one of few sports that uses a court enclosed on all four sides, which means you have the opportunity to liven things up by playing to the corners. The standard place to be when waiting a shot – the ‘T’ – is placed so that players will need to leave it to respond to some shots, leaving space where a winning shot can be played.

This is particularly true when you play to the corners – your opponent will almost certainly have to move out of their comfort zone to return the shot. 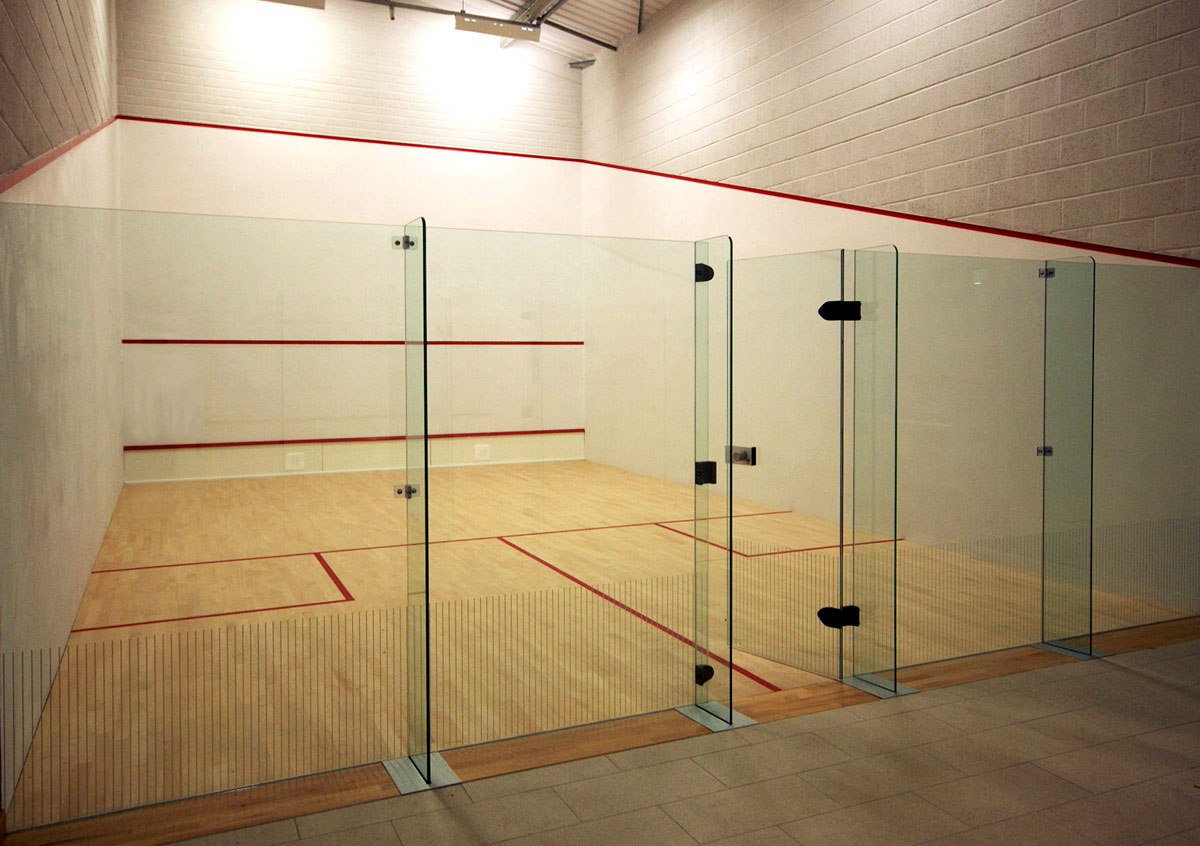 When your opponent is out of position, this is the time to play your next shot earlier than you normally would. Intercepting slightly early for a return means your opponent does not have adequate time to get back in position, giving you the chance to close the point.

Once again, practice makes perfect, so arrange some games with a player who also wants to improve their tactics and you’ll soon start improving.

The Importance of Variation

It’s worth going over the importance  of varying your shots once again, as it is the one aspect of squash tactics that can easily change the shape of a game. Variation in tactics is very important – as we have already mentioned an opponent will get used to a regular ruse very quickly – and this applies to how you play your shots in terms of direction and speed, as well as timing.

Remember, the idea is to get your opponent out of their comfort zone and catch them off-guard.

The opponent will always be expecting a particular return – the one they have set you up to play – as you will when you play to them, but this will not always be the one you choose to play. Once in a while, play an unexpected shot where they were likely expecting something else.

This sort of anticipation is part of the game and you will soon learn how to look ahead.

Further to the above, your aim is to make sure your opponent is out of position as much as you can. Likewise, this is their aim, too, so being able to recover to the best position – at the ‘T’ – is certainly something you should work on regularly.

The above are some basic tips as to squash tactics, but it doesn’t stop there. Without getting too deep into the detail, we will next talk about some further things to think about when applying your tactical play.

In the above section we have talked about playing the simple shots and being able to vary your tactics. Now, it’s time to talk about the shot that can really make a game of squash – the Boast. The boast shot is pretty much unique to this game, and comes about thanks to the way the court is laid out. This is a simple explanation:

A boast shot is one that is hit onto a side wall to take it to the front wall. It can either be defensive, or a strong attacking shot.

When to play the boast? It’s a goo question, but before we go into that, consider that this is a shot you really need to master – and we mean become very familiar with – if you are to get on top of your game of squash. It’s not the easiest shot, mainly because it exists only in this game and requires you to drive the ball to an unusual place, but once you get the hang of it, you will find it extends your game beyond the boundaries you previously experienced.

Here’s an awesome video to give you a bit more assistance with your boast.

The boast, first and foremost, is a useful recovery shot. Should you miss your intended return, you may still have time to catch the ball and hit it to the side – not idea, but it’s worth a try. It is not guaranteed to work, but being able to hit to the side is certainly an advantage, and shot you should practice.

You should also consider a boast when your opponent is caught behind or begins to hang back, as it may bring them forward. Should you opponent boast from deep, the most effective response is to drop, as this is the most likely recovery.

It is important you practice the boast shot as it will be needed, so take some time watching any of the many videos you will find online, and also ask experienced players you know if they are willing to spend some time with you on this aspect of your game.

We’ve covered the basics of squash tactics here, but we’re not done yet. Following, we’ll recap on a few points and also suggest some extra tactical possibilities that you might want to practice.

A few things that we’ll list below may have been covered above, but it’s always worth revisiting the important areas of tactics in squash, so here’s some further advice:

And remember to vary your serve!

Squash is a very rewarding game to play and learn – and there is a lot to learn as the above are just a few of the tactical aspects of the game that you should look at – but when you get to grips with it, it is also one of the most exciting.

Check out further guides on tactics in squash and you will find more advice, but for now, get out there and practice!