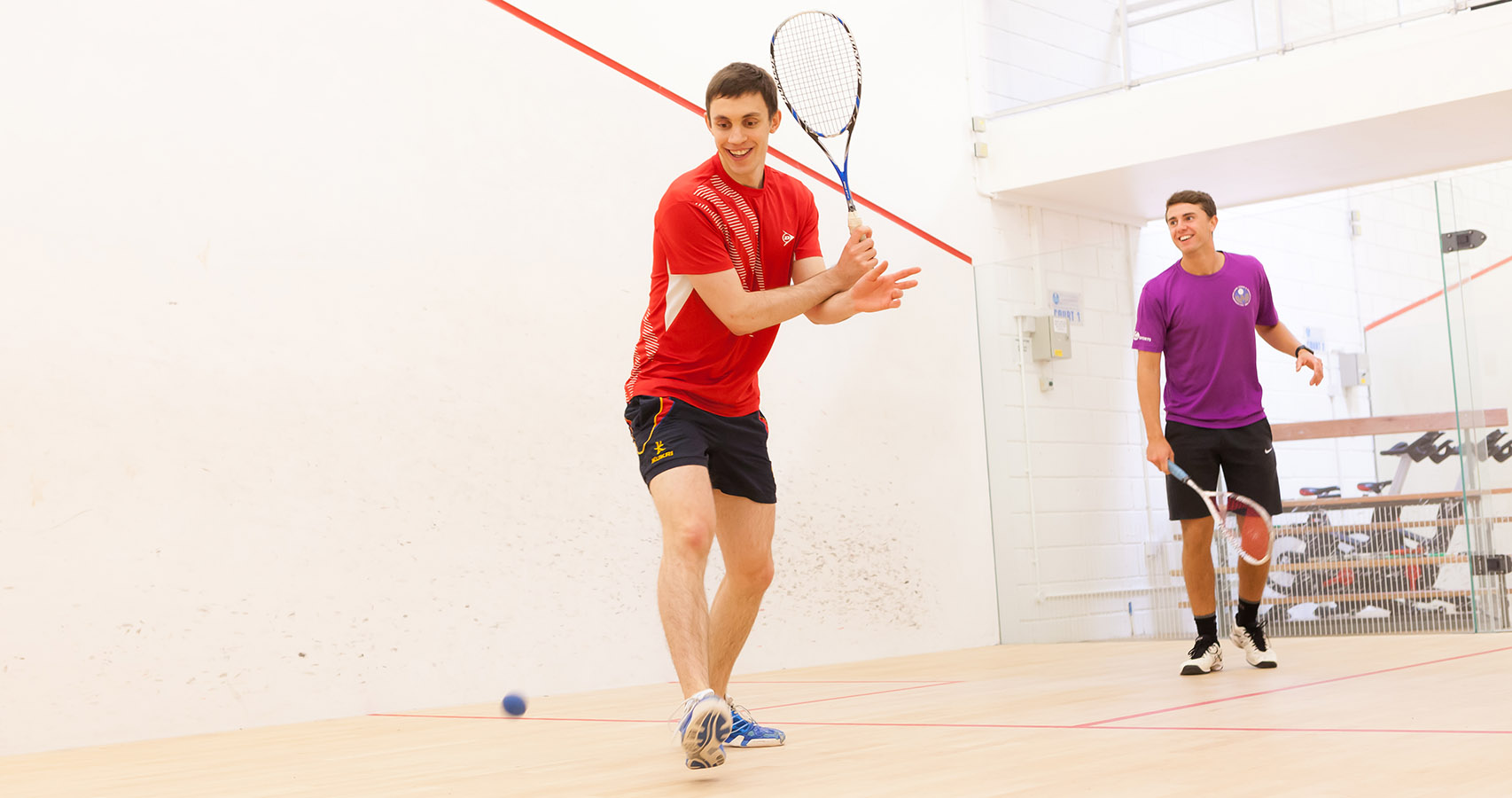 Squash is a popular sport and one which keeps you fit. It’s quick, it’s fun and it’s easy to play.

Let’s have a look at the basic game play to get you started.

Squash is fast. Very fast, so before you start, consider your fitness level. If you’ve not taken part in any sport for a while, squash is a great way to get back in condition, but it’s also a good way to pull muscles if your body’s not up to it.

When you start playing try to find a partner who can match your level so that you can build up gradually as you’ll be burning stacks of calories!

To play squash you don’t need to invest in lots of expensive equipment. All you need are:

Squash also uses different coloured dots on the balls, depending on how you want to play the game.

Squash is an indoor game, played in an enclosed room. Squash courts are usually available to hire in most sports halls or gyms. The ball is hit so that it bounces off the walls and your opponent will hit it back the same way. The object is to hit the ball so that they cannot return it. They have to return it before it bounces twice.

The court has lines on the floor and the walls.

There are 4 ways in which you can win a point:

To win the match you need to win the right number of sets and you will decide how many sets you play before you begin your match. Sets are usually the best of 5 games.

If you have hired a court for a set duration of time, you may find that the PAR scoring is the best option as the points are scored quicker. Alternatively you can simply play a timed match and see who has the most points at the end of the time.

You will have a scorecard to record the score as you play. This has one side for each player and each side has ‘L’ or ‘R’ marked in a box. This denotes whether the server was serving from the left hand or right hand service box. When the score is called, the server’s score is always called first.