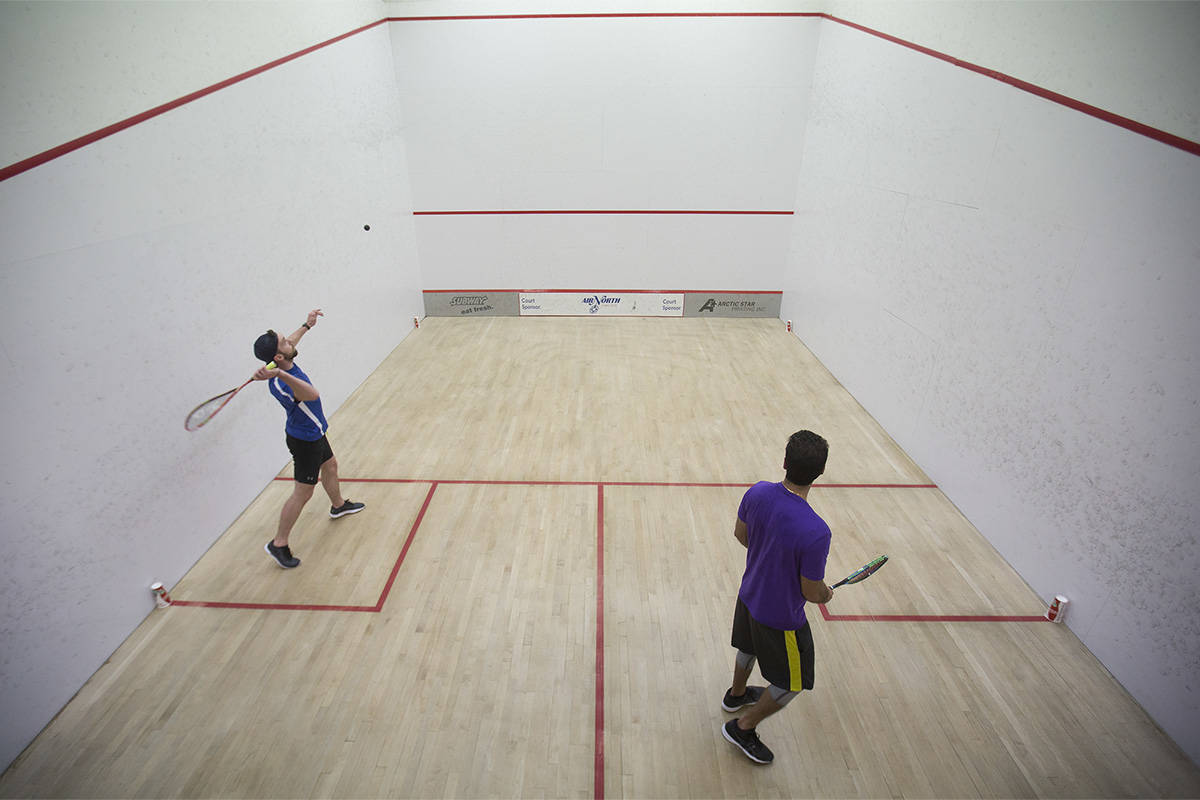 One of the fundamentals of playing a good round of squash is learning to serve correctly! If you can get the serve correct, you can set the tone of the rest of your game.

Good serves will get you off to the best of starts and, in turn, ensure your opponent is challenged, requiring them to hit an accurate return. You’ll also be ideally placed on the court to receive the return.

But, to develop that best serve, like everything else you need to work on it. There are no perfect fits when it comes to squash serves.

There are in fact around five types of serves that you can utilize here, which ultimately mean there’s something for every player type.

Here we look at the five squash serves you can employ to improve your game, namely that of the Lob, the Body Serve, the Smash, the Backhand Serve and the Basic Serve (otherwise known as the Wide Serve).

A most common of serves used in amateur squash games, not all beginners to squash find it the most accessible when returning a lob serve! Added to this, when used by a squash master, this serve can indeed be lethal!

When preparing to use this serve, you need your racket (we reviewed the best ones here) at shoulder height and slightly open. Therefore, when you take a glance back over your shoulder, you should ideally find yourself staring back directly at your racket’s face.

This serve requires you to hit the ball high but softly, encouraging it to fall in the back court. Therefore, aim high up on that front wall all slightly to the left of the centre.

The perfect lob serve will be one that hits the sidewall high up and, in your opponent’s black box, then bouncing before the back wall.

Considered by many to be a serve resembling that of a dodgeball move, the body serve is more of an element of surprise, rather than a staple squash shot!

However, that’s not to say isn’t an effective serve and one which doesn’t require too much thinking ahead. Simply focus on a point on the front wall, rather than finding a wider angle for this serve. This should allow for the ball to head directly at your opponent.

This serve works by throwing your opponent off balance while rushing their return. Therefore the lining up of this serve is more important here, marking where your opponent will stand. Then experiment with points on the front wall aiming for the shot to hit or go close to your intended object.

A typical serve, the Smash is used throughout many amateur games. Usually played as an overhand serve, this is similar to a tennis or even volleyball type of serve with the point here being lower contact with the ball and closer to the head.

The smash requires you to think ahead to where you want to hit the sidewall. This is best done in front of your opponent standing and low down.

Then you serve the ball to strike the front wall just above the service line – and the middle of the wall. The first bounce should hit low down on the sidewall and roughly level with your opponent. The second bounce should be closer to the back wall.

Perhaps a more experienced type of serve, the backhand serve may make some beginner squash players a little nervous on first glance!

But this is one serve type worth mastering and one that you’ll regularly see employed in those professional of squash games.

Here, you stand and face your opponent on the right side of the court. One foot should be in the service box, with one foot out. The idea is to approach the T line when you deliver your serve.

Aiming to get this ball to come off the sidewall, a backhand serve will allow you to think a few steps ahead of your opponent as you can watch them before your rally picks up momentum. This is also the serve that will enable you to get back quickly to the T.

5. The Basic Serve (The Wide Serve)

For many, the basic serve is a standard squash serve type that most learn when they first begin to play the game.

This utilises a forehand underhand strike. A serve type perhaps situated in the middle of that of a lob serve and a smash, the idea here is to limit the stroke making options of your opponent.

This serve allows you to hit your squash ball to the centre of the front wall, trying to hit the side wall at head height before it dies near the back wall.

The options it leaves your opponent with are not ideal – thus meaning a more predictable and indeed favourable return for you as a result!

After a few extra tips? Improve your serve with the video below!