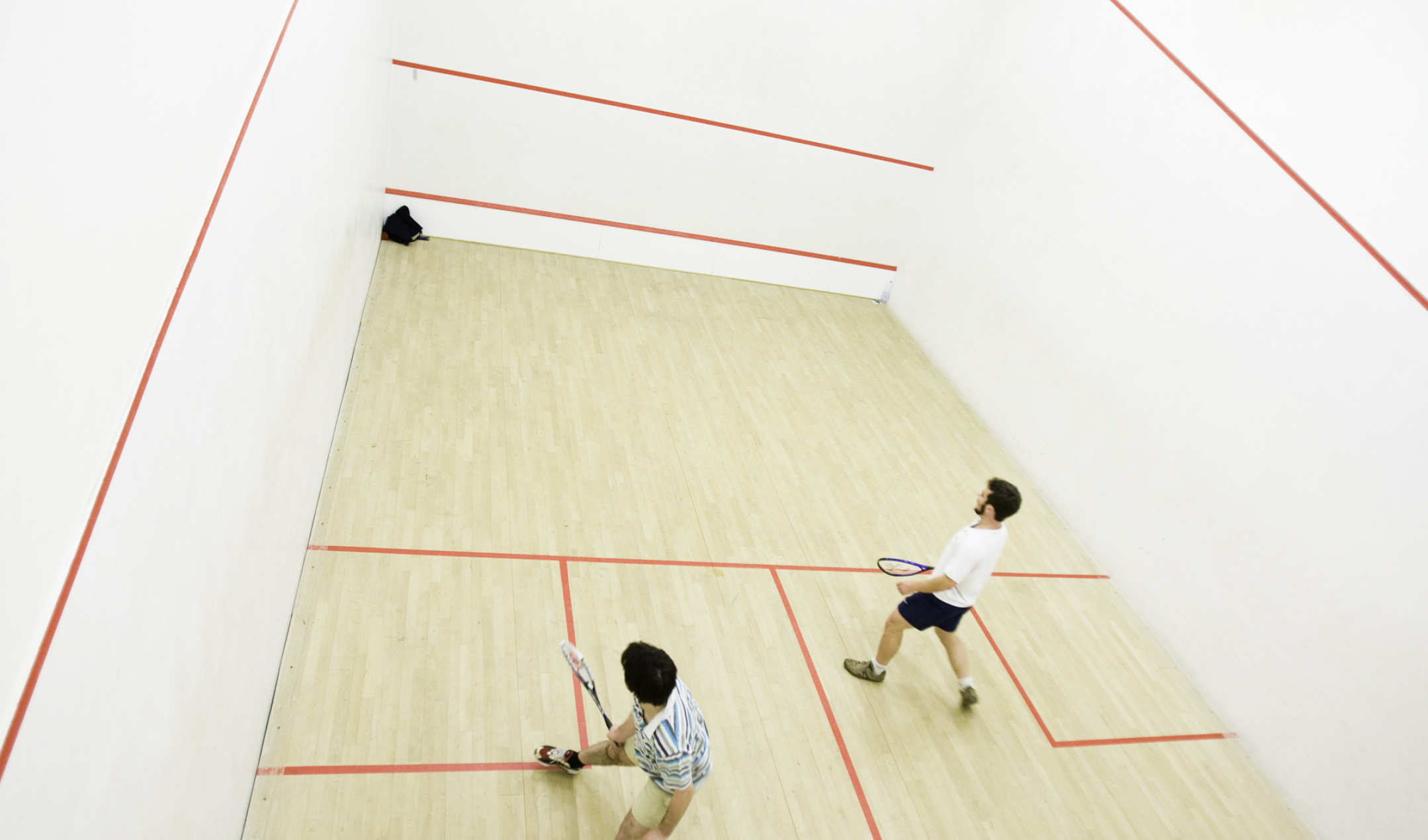 When you’ve been playing squash for some time, you may begin to spot certain traits that a number of your fellow squash players or indeed opponents perform regularly. One of the most commonly discussed of these is that of touching the wall.

Though there’s no right way of answering this question, there are actually a few schools of thought here as to why some players do this. However, it’s one subject you’ll rarely find discussed in a squash handbook!

With a few of the most common reasons given as to why some squash players repeatedly touch the walls of the court, whether during, before, or after a game, here we explore them in a little more detail.

Squash Players Touch the Wall as a Sign of Grounding

Some players touch the walls in a squash game merely because it gives them a grounding of where they are.

This may be fuelled by the proximity or setting up of a physical but albeit invisible exclusion of the rest of the world around them. But for many players, being in the zone of the court helps them stay present and in the moment.

Thus, by placing your hands on the court walls, some players believe they can focus harder on the task at hand, removing any possible outside distractions. This is mental preparing at its best!

Squash Players Touch the Wall as a Sign of Habit

For some players, this act of touching the walls of the squash court they play on maybe more to do with habit.

We all have our rituals and nuances, and more so when we play sports. Thus, you may find some players touch certain parts of the wall at the start of their game, almost habitually and then repeat this each time they start a new game.

Just as some professionals refuse to walk on the court lines when they enter the court, touching the walls can be just as rooted in squash for many amateurs of the game. This is particularly so if they believe it will offer them luck for the remainder of the game!

Squash Players Touch the Wall as a Sign of Practice

Finally, touching the wall during a squash game may be something as simple as practicing!

Many squash players, whether new to the game or fully-fledged professionals, often like to select a specific area in the court when practicing or attempting solo squash.

Though it’s not the done thing, going around pinning things to the court walls as such, for many the other alternative is physically touching a space on the wall and then visualizing this space each time they aim the ball.

For others, this spot is also where they will concentrate on targeting throughout an actual game of squash against their opponents.

Some Squash Players Touch the Wall as a Means of Wiping the Sweat off Their Hands!

Though it may not sound pleasant, you’ll also find a lot of players wiping their hand on the wall during squash simply because of their sweaty hands!

Alongside the hygiene element of this, discussion centres around such practice including the practicality of this method and of course the obvious right or wrong etiquette for any ball court.

So it may not sound the most pleasant of things to do, but if you’ve ever played an intense game of squash, you’ll know how much you sweat through the game. Thus, your palms quickly become sweaty and can cause problems when gripping your racquet correctly.

Now, whereas many players will revert to using the towel they’ve brought onto the court with them, for many having a towel to wipe the sweat away is impractical given the lack of space. So, many other players will just rub their hands on the court walls!

Understandably, the act of wiping your sweaty hands along a court wall is now unwelcome by many players and indeed many clubs. Therefore, if you can resist the urge to do this, all the better.

If you do find your hands are sweaty and causing problems gripping your racket, look at some other alternatives to using the wall:

Ultimately, if you can refrain from using the squash court walls to wipe your sweaty hands during play, then, by all means, do so. It’s common decency for other players and users of the court and ensures squash courts remain clean and healthy for all concerned.